Listing has verified and belong the business owner or manager.
Free

The Kenton Volcano is a hard to miss stop on the San Quintín Volcanic Route as it is the highest volcano (dormant) here in the region (862 feet) and an estimated 145 thousand years old.

The maintained road has paved tracks along some of the steeper areas and many hiking groups come to reach the top with the prize of enjoying one of the best panoramic views in the region, including the entire Valley, the coast and the San Quintin Bay.

This moderate to difficult hike is almost entirely uphill and not for beginners.

It is recommended to be in better than average to good physical condition and always attempt his ascent accompanied. Probably best for those not familiar with the area to look for opportunities to join in with one of the local hiking groups here in San Quintin:

Some of the photos here were taken from the Facebook page of Amigos de Sendero. 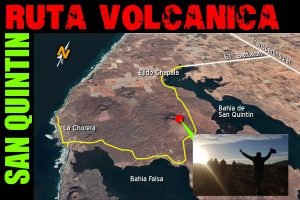 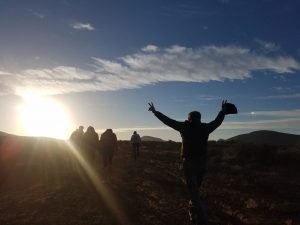 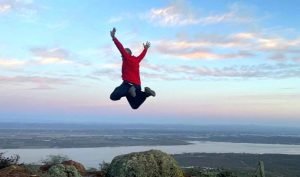